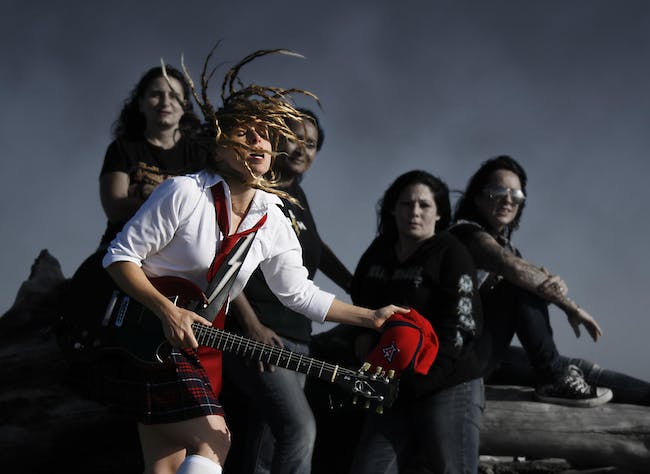 featuring Powerage and Back in Black in their entirety

HELL'S BELLES are first and foremost dedicated AC/DC fanatics. This is what we all have in common. We're all part of a huge community of devotees to one of the greatest rock-n-roll bands in the world. This is who we all are, and this is what HELL'S BELLES strives to deliver with mechanical precision and passionate fury. Endorsed by Angus Young himself (Blender Magazine, 2003), HELL'S BELLES are the closest one can get without actually moving to Australia and joining AC/DC's road crew.

HELL'S BELLES formed in 2000, the brainchild of former member, Amy Stozenbach, alongside former member, Om Johari. The current line-up features Mandy Reed, rock solid and born ready as Cliff Williams (Bass guitar), Lisa Brisbois, sly and subtly intense as part time Malcolm Young, Sharon Needles of Betty Blowtorch/Butt Trumpet fame part time Malcolm Young (Rhythm guitar), Judy Cocuzza (JuDy-molish of Betty Blowtorch fame) as Phil Rudd (drums), all the way from Australia, Amber Saxon the kind of hard rock bombastic power that makes no apologies and is dangerous around the edges as Bon Scott & Brian Johnson (Vocals) and Adrian Conner, dreadlock slinger and wicked as Angus Young (lead Guitar). HELL'S BELLES are indeed ALL female, all the way to their rock-n-roll cores, all the lime and without exception. Representing for a whole new generation of women that won't be intimidated, HELL'S BELLES actively encourage our legions of lady fans to stand up and be counted, and collaborate with women musicians and causes as a part of the mission towards rock and roll inclusion. Not some down-your-throat feminism, but a proactive support and action spirit towards the continued march towards balancing of the gender scales.

The thousands of shows HELL'S BELLES have played around the world, including Singapore, Japan, Canada, and the good ol' USA (including Alaska), have become legendary nights of epic proportions. Consistently sexy and sold-out shows - there's not a HELL'S BELLES audience that hasn't been blown away by the raw power, attention to AC/DC details, and undeniable appeal that these bad ass belles deliver with undying devotion. From "Live Wire" to "The Jack" to "TNT", not to mention AC/DC's landmark hits "Highway to Hell", "Thunderstruck", and "Back in Black". The marathon set lists change to include a fresh variety of classics, but the perfection and passion of the show never does.

It's an all out rock-n-roll assault that leaves you both satisfied and begging for more. And, more you'll get as HELL'S BELLES keep conquering new cities, new states, and new countries. They'll be in your back yard bringing AC/DC in sound and spirit to you with their new recording VOL. II, so you can always count on taking a little piece of HELL'S BELLES home with ya.

Let there be rock! 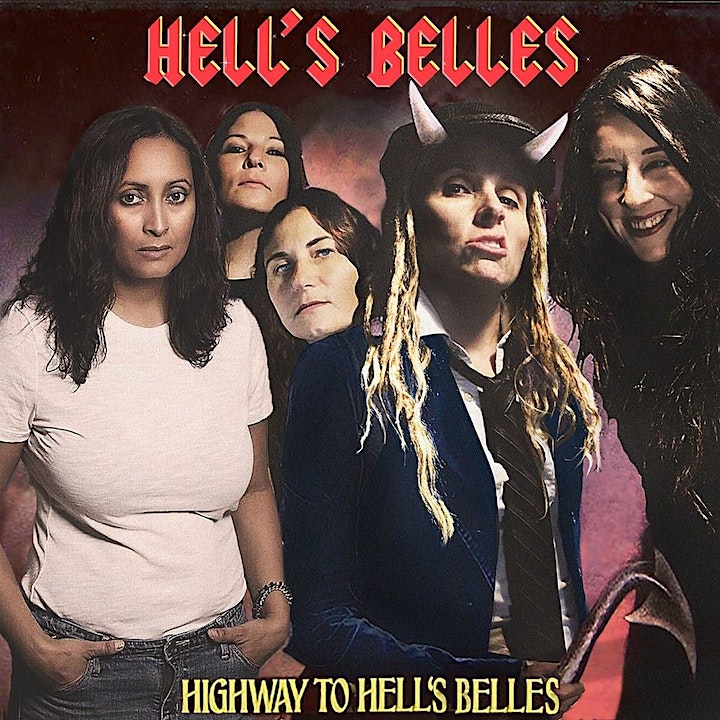