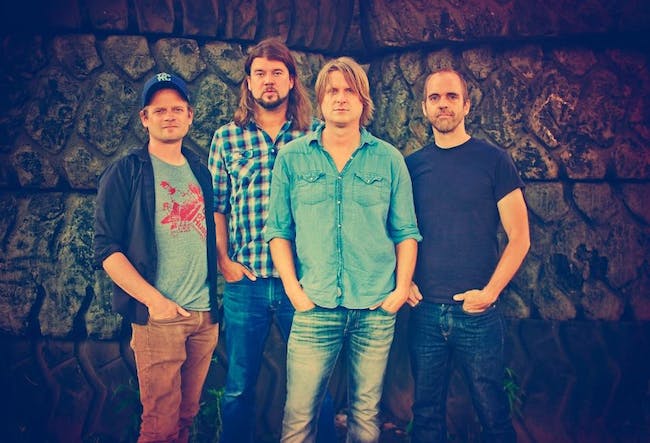 The return of 4-time Grammy nominated

You might expect a band that calls itself Yarn to naturally tend to spin a yarn or two. “That’s what we do, we tell stories, live and in the studio, truth and fiction” singer/songwriter Blake Christiana insists.

“We don’t always opt for consistency. There’s a different vibe onstage from what comes through in our recordings. There’s a difference in every show as well. You never know what you’re going to get.” It was with that in mind that Yarn released a series of singles that were digitally released on the 13th of every month beginning in January 2018 and continuing throughout the year. Each “single” included an “A side”, a “B side” and an exclusive alternate version of one of the songs. Naturally, there’s no better name for the project than “Lucky 13.” 24 of those tracks are now available on the albums, Lucky 13 Vol. 1 and Lucky 13 Vol. 2, just released on June 13, 2019. “These are essentially road stories,” Christiana says. “There’s an overriding theme that links these songs in a very broad sort of way, but again, the stories are not to be taken literally. The intention was to share the feeling of what it’s like to spend time travelling from city to city, with all the unlikely experiences that can be encountered along the way. “People always ask us to tell them road stories,” singer guitarist Rod Hohl adds. “While this batch of songs aren’t exactly literal road stories, most deal with some degree of adventure and adversity as inspired by our tours and treks around the country. Yet like any good story, there’s an imaginative element to it as well. That’s why we’ve decided to release alternate versions of some of the tracks, to provide a glance at the oddities that exist just beyond sight...”

With Special Guest Ghostowne - Bangin' & Twangin' Since 1999. Formed in 1999 by singer/songwriter Steven Wells, Ghostowne weaves Country-Twang, Southern Rock, Roots-Rock and Americana into a unique, new and original package. A sound derivative of blue-collar life.The songs drip with tequila sweat, and through the timber of Steven’s voice, Sparky’s solid bass tones, Brock’s searing guitars and Eric’s persevering backbeats, lies a quality of emotional extremes relative to peering out a window on a cross-country road trip and seeing different faces all sharing a similar personal struggle.Ghostowne has built a devoted following as a result of a relentless work ethic, devil-may-care attitude and performing, performing, performing. GHOSTOWNE in short are a bunch of restless s**t-kickers, always pushing the boundaries of country & rock.