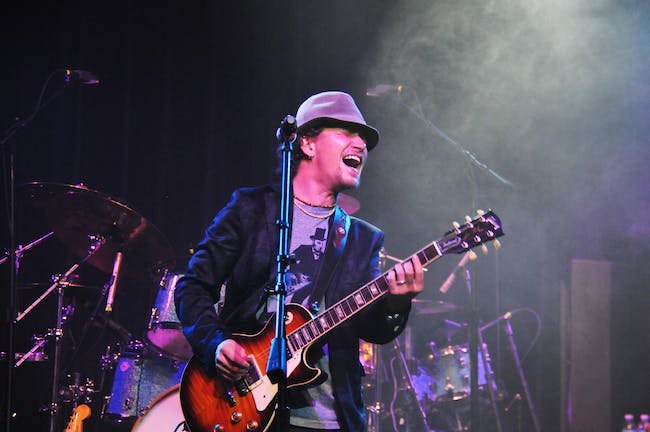 With his soulful voice and earthy, Southern manner, Michael Grimm charmed millions of viewers as a contestant on Season Five of NBC’s popular “America’s Got Talent.” Parlaying his substantial singer-songwriter appeal into a first-place finish, Michael took home the $1 million prize and headlined the first-ever national “America’s Got Talent Tour.” Following that, he toured with the legendary Stevie Nicks and Heart, playing to arenas of 20,000.

In the spring of 2011, Michael debuted his first major label release, the self-titled “Michael Grimm.” Working with Grammy-award winning producer Don Was (The Rolling Stones, Elton John, B.B.King), Michael released an album that had his fans purchasing it in droves. “Oh, it’s swampy,” he says. “It’s Michael Grimm leaving his hat on. This is me. It’s the way I’ve always been since I was a teenager, wearing hats and singing the music that I love to sing.”