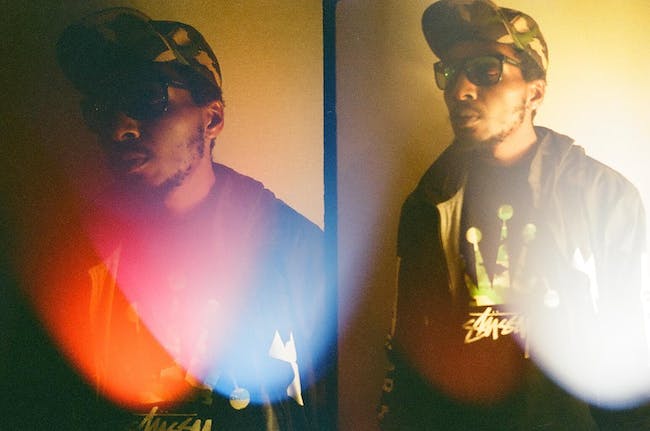 Del the Funky Homosapien is a rapper hailing from Oakland, California, United States who was born on the 12th of August 1972. He is one of the most prolific collaborators in the Hip-Hop world, famous for his work with Gorillaz, Dinosaur Jr., and the Wu-Tang Clan.

Born Teren Delvon Jones in Oakland, California, Del the Funky Homosapien is proof that sometimes, nepotism is no bad thing at all. In fact sometimes it can mean a talent as unique and unconventional as Dels can be appreciated on a scale that he’d have very little chance of achieving without it, and in the world of Hip-Hop, Del has a connection that most would kill for. His cousin is a man called O’Shea Jackson, perhaps better known as Ice Cube, who became one of the most notorious and respected gangsta rappers of the late eighties and early nineties as a solo artist and as a member of the legendary N.W.A.

When Cube went solo he did so backed by a group of rappers known as Da Lench Mob. After the enormous success of “AmeriKKKa’s Most Wanted”, he decided to put forth the group as a band in their own right and executive produced their first album. While working behind the scenes he drafted Del in to help out with the lyrics, knowing that his cousin was a talented rapper himself. However, Del’s style never really fitted with his cousin’s heavy, serious gangsta rap and instead, Cube got the 18 year old Del a deal with Elektra Records to release his own debut album under his own name.

Del’s debut album “I Wish My Brother George Was Here” was released in October 1991, which like most of his work, was critically adored but not a hit commercially. While a massively skilled rapper and a truly unique creative mind, Del’s witty, slyly funny lyricism contrasted hugely with the aggressively political hip-hop style dominant at the time. For his next album he cut all ties with his cousin and went it alone for his second full length album, 1993’s “No Need For Alarm”, which was also critically acclaimed but sank without a trace on the charts. If these records had been released but four years previously, they would have been hits in the age of De La Soul and The Jungle Brothers, but this was the age of “Cop Killer”, and Del just didn’t fit into it.

It took five years for Del to follow up “No Need For Alarm”, and to add injury to insult, Elektra sent him a letter informing him that his contract with them had been terminated a mere month before his third album was due to come out. “Future Development” was released via the Hieroglyphics collective he’d formed to help him with the making of “No Need For Alarm”, and was initially only available via a cassette tape from their website. However, Del’s fortunes were about to change drastically. Y’see, in 1999 he formed the group Deltron 3030 with Kid Koala and Dan The Automator, and released a self-titled album with them in 2000.

Singing on that record was one Mr Damon Albarn of the bands Blur and Gorillaz, a new project he’d started with illustrator Jamie Hewlett. Albarn so enjoyed working with them that he got Dan The Automator to produce their self-titled debut album, and since the album was massively influenced by Hip-hop, Dan drafted in Del to rap on some of the tracks. Four cymbal crashed later and Del was the featured performer on the projects lead single “Clint Eastwood”, a worldwide smash hit that went in at number four on the U.K singles chart. With the new wave of interest generated by the Gorillaz record, Del re-released “Future Development” on CD and it went on to sell 400’000 copies worldwide, after 14 years, Del the Funky Homosapien had arrived.

Ever since then, Del’s been one of the true cult heroes of Hip-Hop, releasing acclaimed records every couple of years and putting a spotlight on up and coming artists with his own independent label Hieroglyphics Imperium Recordings. Songs of his have popped up in films, video games and TV series’, and it’s truly inspirational how an artist of his calibre, not to mention his idiosyncrasy, can find a way of making a career out of doing whatever he wants to do. He’s still at the peak of his powers, and he comes highly recommended.

No images found!
Try some other hashtag or username